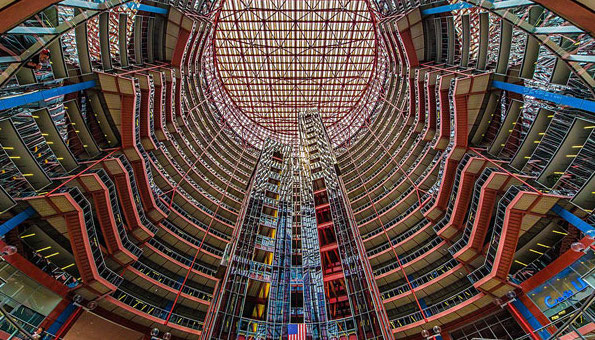 Take part in the NAAB meeting!

Please contribute to the success of our architecture program by taking part in the NAAB eligibility visit by signing up to be part of their conversation with students on Monday, Sept. 28 at 3:00 PM. This will be a zoom meeting, an hour or less long, and a rather casual conversation led by the NAAB representatives' questions. This is a big first step for us and I hope you'll be able to attend, Please sign up for the conversation here.

This week we conclude our three-part survey of the history of building designers, whom we can now more more comfortably call "architects." Within, and in addition to, concluding the historical work, we will see the development of educational systems, foundation of professional organizations, and establishment of licensure systems--including the one that awaits your path toward professional practice.

To successfully complete this week in ARC 1015, follow these steps:

(1) Work through the narrative and activities that follow on this page, noting the following upcoming due dates.

(2) Read the current assignment in the Paul Goldberger book, Why Architecture Matters (Chapter 2).

(3) Show up on Tuesday, according to the attendance list at the bottom of this page.

Practices up to the Present Day

We've looked at various ways that people became charged with the responsibility of building design in many different place through the centuries. The wide-ranging impact of the post-industrial era includes increasing specificity in the designation of professional authority in many fields, including longstanding professions like law and medicine, as well as newer ones like engineering, architecture (both established as professions by the first half of the nineteenth century) and interior design (which comes at the end of the nineteenth century). Following trends in England, American architects took part in widespread professionalization by means of instituting educational and experience expectations for people who could call themselves architects, making obsolete the practices that had defined millennia of building designers.

In all professions, people with authority determine what standards will be used to determine who can be included in the group while also determining who will be excluded. For architecture, the intellectual approach to design would become paramount, breaking traditional ties with the building trades. Additionally, and like in other fields, polices and practices--both formal and informal, in education, licensure, and office culture--would also mean the exclusion of women and people of color: a struggle that remains today.

Challenges through the Present Day

Although the practice of architecture is by its nature optimistic--the simple aim to build manifests a belief in the future--the daily reality of practice for many segments of the population remains less than ideal. The VoiceThread addresses access issues based on race and gender; these are not historic problems but remain contemporary concerns.

By and large, and as is true of many professions today, architecture harbors systemic racism (and other kinds of inequity) through its historical background, educational traditions, requirements for training and licensure, and the operations of daily practice. Overall, women and certain racial groups remain largely underrepresented in the community of practice.

As described in this (August, 2020) study published by the National Organization of Minority Architects (NOMA),

Of the 116,242 licensed architects in the United States and its territories, just two percent are Black [non-Black people of color account for nine percent of the nation’s licensed architects.].... When faced with these figures, it becomes clear that the racist systems that often bar Black Americans from competing on an equal socioeconomic playing field also extend to architecture. White people have always had a head start. Licensure laws were first passed in 1897, but the first Black architect to be licensed, Paul Revere Williams, was not bestowed the title until 1921.

Data shows that today almost half of the students in architectural programs in the US are women. This number has increased progressively since the 1970's. However, the number of women that become registered, achieve upper management levels, become partners and own architectural firms has not increased at the same rate or in the same proportion as their male architectural counterparts. Currently only 17 percent of registered architects are women.

NCARB reports that numbers for underrepresented groups are improving, but have still not reached overall demographic parity with the national population. Although women still represent less than half of licensed architects in the United States (although they tend to pass the ARE faster). Racial minorities (less and less "minorities" every day) represent 42% of AXP participants, fall to 30% of ARE candidates, and complete the path to licensure at an even smaller percentage.

By recommending model regulations for national adoption, the National Council of Architectural Registration Boards (NCARB) collaborates with licensing boards to facilitate the registration (licensure) or architects in order to protect public health, safety, and welfare. While NCARB suggests national guidelines, individual jurisdictions can create their own laws and requirements. (For example, California has long required an additional assessment for design in earthquake zones.) NCARB administers key requirements for architectural practice in the United States, including the Architectural Experience Program (AXP) and the Architect Registration Examination (ARE).

Next Steps with the Vernacular Project

Review the project prompt under the "Projects" tab on the Blackboard site. Commence research, following the guidance provided by Nicole Fox (see the "Resources for Research" module on the course Blackboard site).

Unsurprisingly, each chapter in Why Architecture Matters includes a certain number of buildings used as examples of the author's point. In most chapters, I think the provided illustrations, plus perhaps a little light Google-search-work on your part is adequate to follow along. This chapter, however, presents a large number of examples: too many for the author to illustrate in the book. Since they may not be familiar to you, here is a brief slide show to contextualize these works, which will hopefully help you follow along with the author's argument.

Finally, the development of architecture as a profession in the last two centuries built on the legacy of erudition established most famously by Alberti. While many architects wrote to advertise their own work and explain pragmatic matters of building (Palladio is a good early example; Andrew Jackson Downing is a great nineteenth-century American example), others wrote earnest treatises on issues of a more philosophical tone. These typically reflect social, cultural, and economic challenges faced in the time the writers lived. 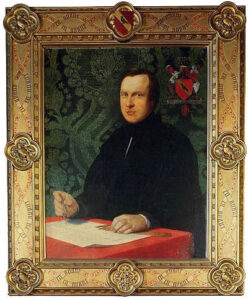 While a sense of ethics would be expected of any profession or vocation, the "morality" associated with architecture--especially due to its public nature--was explicitly promoted starting in the nineteenth century. Especially in the mind of Augustus Welby Northmore Pugin (1812-52; shown at left), architecture could impact the morality of a population through its very style and planning.

His ideals are related to, but different from, those of the Renaissance architect Alberti, whose interests were more about the symbolic nature of buildings in relationship with one another. His hierarchical view was aimed at ensuring a well-ordered society housed in, and properly represented by, public, private, sacred, and secular buildings.

Pugin's brand of moralism, rooted deeply in his Catholic faith, has an interesting resonance with (and against) others of his century, including Thomas U. Walter (1804-87) and John Ruskin (1819-1900). His themes would be stretched to the breaking point by early European modernists, including Le Corbusier (1887-1965). For a taste of this stream of theory, consider two who provide particularly interesting examples after the Industrial Revolution in England: