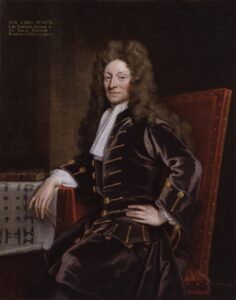 Common dichotomies in architectural studies pit people (professional architects/vernacular builders) and things ("important" high-style buildings/"insignificant" vernacular buildings) against one another. This bias ultimately robs us of potentials of learning from the ordinary by distracting us with the extraordinary. While it is true that globally, civilizations have manifest their most important values in monumental, permanent architecture that was meant to be seen as significant within the city fabric and that tend to be designed and built by elites, we can learn a lot about people, and gain great architectural insights, by valuing the simple, unassuming, even boring buildings that we sometimes take for granted but where most of life unfolds, and seeking out their (usually) anonymous builders.

Considering all buildings in context with one another, we better understand the importance of the hierarchy codified by Leon Battista Alberti in his treatise, De re aedificatoria (On the Art of Building), written between 1443 and 1452 and published in 1485. This was the first important, comprehensive writing on architecture in the Renaissance, and as such it both indicates the rising literacy associated with building designers in this era and also began a tradition of publishing that is with us to the current day. We'll read part of his work, which still has implications for contemporary practice, as we also further our studies into the development of the profession while, at the same time, recognizing the importance of vernacular traditions that the emerging professionals meant to distinguish themselves against.

Watch an optional video overview of the coming week by clicking this link.

To successfully complete this week in ARC 1015, follow these steps:

(1) Work through the narrative and activities that follow on this page, noting the following upcoming due dates.

(3) Show up on Tuesday, according to the following (note: this process is still unfolding; check back on Monday morning for final list):

(4) Respond to University's request for information

The ancient and medieval worlds were not without intellectual demands and contributions to building design--especially for permanent, civic architecture. Still, the general tradition of building designers being attached to the building trades was rarely challenged or changed until the Renaissance, when new cultural currents (based in ancient thought) changed everything (at least for elite architecture).

Expectations for the training and responsibilities of building designers began to change in the fifteenth century as one of many outcomes of Humanism, which is the defining characteristic of the Renaissance.

Architects (and their patrons) with Humanist educations drew from the source material described in the video, expanding the interest in written texts from antiquity to include buildings from antiquity as sources of truth, dignity, and civic virtue. Just as with the more abstract applications of Humanism, architects did not see this development as a way to overthrow Christian thought and the Church itself, but rather a way to learn more about God's truth than accepting the inherited wisdom of the Middle Ages---and its buildings, now considered to be in terribly bad and irrational taste.

From this intellectual backdrop emerges a new standard of architectural practice based in professional literacy, aided tremendously by the discovery of a manuscript of Vitruvius that became the model for the first great architectural publication of the Renaissance, De Re Aedificatoria (1452) by Leon Battista Alberti. Like any good Humanist would do, Alberti modernizes (and "Christianizes") his source material, setting the standards for definitions of beauty, hierarchies in building types, and instituting the ideal of the architect as a person who could both read and write.

During and after the Renaissance, both in Europe and the Ottoman Empire, architects who rose to the greatest levels of prominence followed this kind of Humanist education. At the highest echelons, their developing practices aligned with the growth of the great nations and empires that they served by manifesting prevailing political, religious, and cultural values in architectural form. In particular, the sixteenth and seventeenth centuries saw a number of political powers institutionalize architecture in a way that bound its architectural production to political expansion and symbolism. Among this very elite group are (click their names to see representative works):

The next significant development takes practice down to a more recognizable scale, retaining the idea of architectural design as an intellectual activity that did not require manual training as preparation. With the professionalization of architecture, which occurs at the same time as new professional standards were put in place for old and new professions like medicine and engineering, academies and professional organizations began to develop and shape the character of what a professional architect would be.

Starting in England in the middle of the eighteenth century, the Industrial Revolution introduced a middle class with growing wealth and leisure, introduced unprecedented material possibilities into architecture and engineering, created new conditions and functions requiring new buildings, strengthened divisions of labor that (in part) led to the development of new professions, and heralded the first great information age, with newly-affordable books generating and fulfilling a hunger for print among casual readers, the educated elite, and new vocational specialists--architects among them.

Although the study of intellectual developments is important to our understanding of the way that the architectural profession developed (especially in Europe and North America), to solely focus on these elite developments at the expense of the vast majority of buildings constructed in the world would skew our understanding of architecture, generally speaking, since it would be to ignore the vast majority of people in the world, whose stories are more closely aligned with the average structures of everyday life, rather than the seats of power designed by the (relatively few) famous architects whose names are recorded due to their association with the most powerful people and institutions on the planet. Vernacular architecture--the regular, normal, indigenous traditions usually associated with "anonymous" designers--reveals its merit through ecological appropriateness, cultural richness, and economical sensibility, as well as aesthetic delight. These are some of the many issues you may be considering as you develop Project 2.

prior to your first face-to-face class meeting in Hitch, please make a name tag for your desk: